Things you find in the sticks 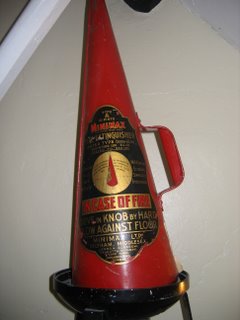 I won't name the hotel, just in case they're breaking about 25 different regulations, but these pictures were taken at the weekend in Oxfordshire. Outside my bedroom was a fire extinguisher that might easily have been mistaken for a museum exhibit. The good news was that it had been tested and refilled by an engineer. In March 1972. 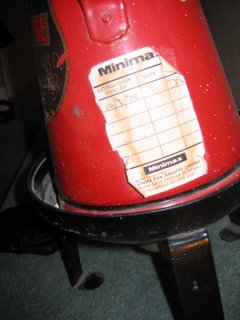 Last officially checked when I was four years old. A comforting find for any visitor to the Cotswolds. Click on the picture to enlarge the image.
Posted by Phil Woodford at 3:14 PM