The geek shall inherit the Earth

They say the Lord moves in mysterious ways. This may be why He has decided that Jesus Christ should return to Earth in the form of an IT specialist.

According to reports, Alan John 'AJ' Miller is building quite a following down under with his claims that he is the Messiah rebooted. Intriguingly, the computer expert - whose partner is the reincarnation of Mary Magdalene - can actually remember the crucifixion. Now, I sometimes find it hard to remember people I met a couple of months ago or where I've left my keys, but I guess that whole business with Pontius Pilate is the kind of thing that would stick in the mind.

After JC/AJ died, he had a great time up in heaven, because he was able to have conversations with people such as Socrates. (That's the philosopher who used to hang out in ancient Athens. Not that bloke who used to play for Brazil.)

One key test of Miller's authenticity would definitely be to ask him about the Pearly Gates. You'll remember that author Fay Weldon has seen them recently and has stated that they are double-glazed. If AJ says different, one of them is telling us a porky pie.

Posted by Phil Woodford at 3:45 PM No comments: 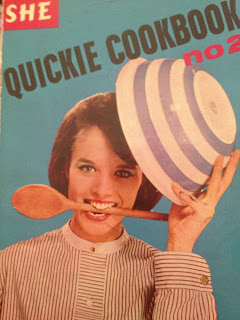 Posted by Phil Woodford at 4:35 PM No comments:

Writer Fay Weldon has been been talking about her near-death experiences to The Oldie magazine. A former atheist, the 81-year-old author has converted to Christianity in recent years. And who can blame her, given her striking visions of life on the other side?

The pearly gates are, apparently 'garish' in colour, much like a Hindu temple. What's more, they're double-glazed. This could be confirmation that St Peter is particularly concerned with energy efficiency, although my hunch is that it might be more of a sound-proofing exercise, to keep out the hubbub that we create down on this mortal plane. One thing's absolutely certain. It would only be the very finest glass. They'd only fit double glazing once up there, so they'd fit the best, wouldn't they? Everest. Ted Moult passed in 1986 and I'd lay money on that being the date they had the pearly gates done.

And life in the hereafter? What's it like? Majesty beyond conception? 50 miles of elbow room?

Err... not exactly. According to Weldon, who wrote the first-ever episode of the 70s TV show Upstairs Downstairs, there's not much difference above and below stairs. 'Hard work,' she reveals. 'Two steps forward, one step back.'


Posted by Phil Woodford at 2:40 PM No comments:

One for the health conscious 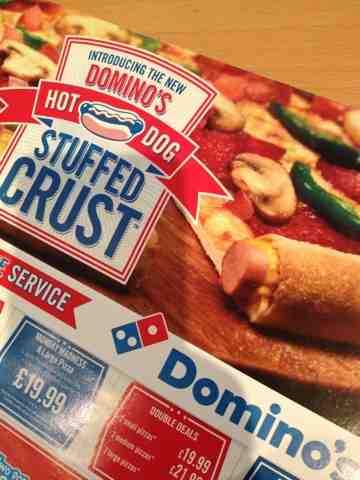 Posted by Phil Woodford at 7:59 AM No comments:

Riding hats off to a sergeant in the Metropolitan Police, who is quoted in the Evening Standard after an operation to target vagrants in London. Commenting on the use of mounted cops, he says: 'Officers on horses mean increased visibility. They have a different viewpoint and can spot things we don't.'
My old friend Hoffy suggests that giraffes might provide an even better vantage point in the fight against crime.
But animals cost money. In these times of austerity, surely a few step ladders from B&Q would be a more appropriate investment?
Posted by Phil Woodford at 12:06 AM No comments:

A new take on the London property market

There are some ads that are just made for a semiotics seminar. Take this bewildering appeal below from London estate agent Douglas & Gordon, for instance.

We are treated to an elaborate illustration which speaks more of Bavaria than Barons Court. A chirpy young lad in lederhosen is centre stage alongside the agency's promotional boards. Behind him, some kind of emaciated wolf is sheepishly creeping past a flock of lambs. Does the unfortunate beast perhaps represent a rival agent, drummed out of the neighbourhood by the burghers of the picturesque Teutonic town that lies nearby?

The local populace certainly seems delighted. There appear to be numerous new instructions in the area and the townsfolk waltz gaily towards them, hoardings in hand. It's only a matter of time before every local property is sold, subject to contract. Well, all the ones laid to lawn and with off-street parking at least. 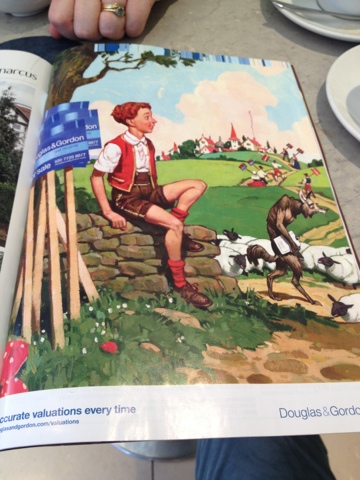 Posted by Phil Woodford at 3:10 PM No comments:

Inside the mind of the UKIP voter

I try very hard to think myself into the heads of UKIP supporters and understand what makes them tick. I really do. After all, about a quarter of the population now seems prepared to vote for this barmy army.

At a political level, all the stuff about disenfranchised protest voters is probably true. Some of the supporters are alienated from all the mainstream parties. Many are natural Tories and just feel that David Cameron is too wishy-washy. But plenty of the Tories who think Cameron's a sell-out still end up voting Conservative. The UKIP voter is a particular breed.

These are folks who like moaning and griping and feeling hard-done-by. There's nothing they enjoy more than being stuck in traffic queues, worrying about which station is going to give them the best-value petrol and which one is going to rip them off. Almost certainly they'd use a pound's worth of fuel to get to a particular Nigel Farage where unleaded was a penny cheaper per litre. They'd moan all day about the cost of living and spend a lot of time on price comparison sites making sure they weren't shafted when they bought insurance. But no expense is spared on their dogs, their Sunday roast and the occasional packet of fags.

They don't care much for metropolitan life full stop. It's not only the immigrants. Just as surely as they're suspicious of Poles and Bulgarians, they have an instinctive mistrust of Starbucks, bus lanes, hipsters and any meal served with 'jus' rather than gravy.

UKIP voters are nostalgic for a bygone world of course. Polls show us that 70% are over 50. It's tempting to see them as people with a romantic, mythical vision. John Major's old ladies bicycling past the cricket on a picturesque village green. The truth is they hanker after a very real and much more brutal world. It's a world of national service, of people with depression pulling themselves together, of smoke-filled pubs and birching on the Isle of Man.

The congestion charge? What a liberty.

And please don't get them started on speed cameras. Just an excuse for the government to make money.

These malcontents and whingers are easy to dismiss. But they represent a central part of British life. They are the kind of people who always believe themselves to be right, who never have a good word for others and prefer a good, traditional cup of tea to some fancy cappuccino.

Their success is probably self-limiting. I don't say this out of complacency. They can certainly do real electoral damage because older people are more likely to turn out and vote. But their lasting legacy is likely to be the changes they force on the other parties. And possibly the toxic climate they build in the run-up to any referendum on British membership of the EU. The day we vote to detach ourselves from the rest of the world and retreat into our bunker.

Posted by Phil Woodford at 3:22 PM No comments:

One has to feel a little sorry for the members of the Women's Institute in North Devon. When the ladies heard that a speaker was coming to address them on the subject of piracy, they entered into the spirit of the occasion by dressing up (http://m.thisisnorthdevon.co.uk/story.html?aid=18871181).

Shiver me timbers, though. If only the landlubbers realised the faux pas they were committing. For their guest wasn't coming to talk about the yo-ho-ho type of pirate. He was planning to recount his treatment at the hands of Somali brigands back in the year of our Lord 2008. Lol.

Luckily, the speaker had a sense of humour. According to reports, he helped judge the best-dressed attendee and revealed that he likes the WI circuit as it helps him to 'flog his book'.

Flogging was a common feature on pirate ships of yore as well, I'm sure.
Posted by Phil Woodford at 10:34 AM No comments: