Granny reduced to tears over demise of LSD


A few shillings short: barmy grandmother is reduced to tears at the prospect of losing the ten-bob note

I was still a tot when the UK converted to decimal currency, so don't have a vivid memory of the propaganda campaign that was waged by the government to win people over to the new system.

This video is more than a public information film. It seems to be an excerpt from a full-scale drama in which a family lives out the trauma of 'D-Day' in 1971. (Given that many people at that time had vivid memories of the war, perhaps it wasn't the best choice of name.)

The young lad of the family knows where the future lies and his glamorous older sister is taking everything in her stride. Mum's all of a dither and looks as if she might need a man to help her out when she goes shopping with the new coins. But it's gran who's causing us the most worry. She seems prone to tears at the prospect of decimalisation and we get the impression she might take to her bed for the next month or two.

When the saucy milkman knocks to collect his weekly dues (think of Bob Grant's conductor in On The Buses), everything gets on top of her. Which is what one fears the milkman might like.

A glorious curio from a bygone era.

If anyone knows, incidentally, why some shops were allowed to continue to trade in LSD after the conversion date, please do post a comment.
Posted by Phil Woodford at 6:59 AM 1 comment:

A tasty treat for a middle-aged family man

I was talking to Mrs W about the strange phenomenon of cat foods specifying the particular type of feline that might eat them. The pack of Science Plan below is designed specifically with sterilised moggies in mind.
The next step is clearly to extend the idea to humans. Forget traffic lights with salt, sugar and fat. It's food for the single mum. Or an adventurous young professional. Or a father-of-four, post-vasectomy. 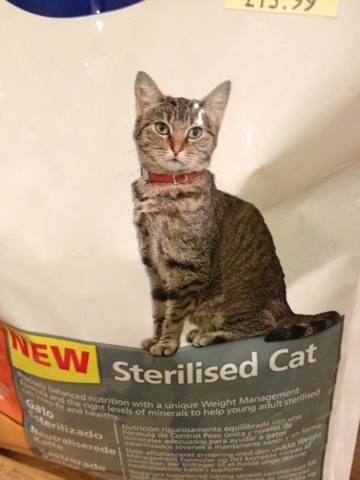 Posted by Phil Woodford at 2:50 PM No comments:

One of the more bizarre revelations to emerge from Edward Snowden's whistleblowing is the supposed monitoring of communications by British intelligence at the 2009 G20 summit. When foreign officials gathered for the shindig, they were allegedly encouraged to use bogus internet cafes set up by spooks.

I'm struggling to get my head around this.

This is 2009, right? And the politicians and diplomatic entourages of the the world's 20 most prosperous countries rely on internet cafes to send email? I'm tempted to email Mr Snowden myself over a secure server and ask for more detail.

Perhaps the visiting dignitaries were using Alta Vista to surf the web? Next time, they'll bring their own 28k modems with them.

Posted by Phil Woodford at 7:57 AM No comments: 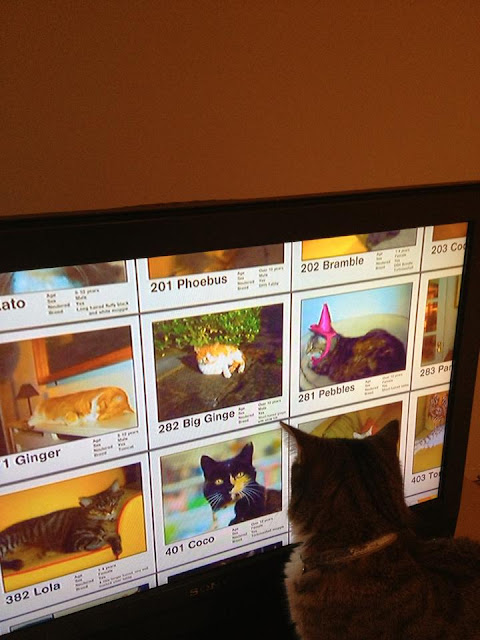 Mrs W caught our cat trying to hitch a lift on the Tesco delivery van that was parked near Woodford Towers yesterday. We were speculating that if she'd actually managed to get on board, we might never have seen her again. Maybe she'd have ended up a depot miles away. Or jumped off in another neighbourhood and found herself completely lost.

My theory is that we should train her just to get on the Ocado and Abel & Cole vans that are a common sight around our area. At least then we'd know she was going to a good home.
Posted by Phil Woodford at 10:43 AM No comments: