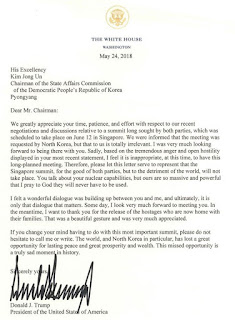 Posted by Phil Woodford at 1:40 PM No comments:

Nerve agents? No sweat. Get the baby wipes out.

There is something so bizarrely British about the health response to the assassination attempt in Salisbury on former spy Sergei Skripal and his daughter Yulia. A week after the event, everyone who was in the vicinity of the deadly nerve agent has been urged to wash their personal possessions.

Now, let’s think this through.

This chemical was so toxic that it left two people fighting for their lives. A police officer involved in the early response was also hospitalised and made severely ill by it. The table in the restaurant visited by Sergei and Julia was reportedly so contaminated that it had to be destroyed.

But if you happened to be nearby – perhaps even dining in the same part of the restaurant sometime after the unfortunate victims departed – no need to worry.

Run a baby wipe over your phone.

What about clothes? The Chief Medical Officer Sally Davies recommends washing them. In a washing machine preferably, she says. Err… as opposed to the old-fashioned handwash and mangle still favoured by the backward denizens of this sleepy cathedral town?

Dry clean only? No problem. Just stick a couple of layers of plastic around the clothes and await further instructions.

It’s astonishing to contrast the military personnel in biohazard suits wandering around Salisbury with the barmy and utterly useless advice being given to members of the general public. But it sums up the whole weird relationship of the NHS to pathogens, toxins and other deadly threats.

The British response is always not to worry.

A touch of Ebola? I remember my local surgery advising patients who thought they might have been affected while travelling overseas to inform the staff at reception and get them to call some helpline on their behalf. And try to avoid touching anything.

Remember Pauline Cafferkey, the British nurse who contracted the killer disease? When she had a relapse, she went to an out-of-hours clinic in Glasgow and was told to return home, as she probably just had some regular virus.

It’s hard to imagine that conversation, isn’t it? Someone arrives saying that she’s the nurse who caught Ebola recently and has been all over the news, but she’s told her current condition is probably nothing to worry about. A bit of bed rest and paracetamol and she’ll be fine in a day or two.

To some, this extraordinarily British approach to medical matters is perhaps one of the things that gives the UK its endearing charm. But I suspect it’s small comfort to restaurant-goers in Salisbury.

Posted by Phil Woodford at 3:55 PM No comments: