On a recent trip to an NHS walk-in centre with mini-W1's asthma, we were treated to the most extraordinary collection of low-budget public information commercials. Mainly sponsored by the local council and other public bodies, they played without sound but still managed to convey a vivid sense of life in the UK today.

We saw children stupidly leaving bikes outside their houses, inviting the attention of casual tea leaves. Older youths messed about on train tracks, while otherwise well-meaning citizens somehow forgot their bag for picking up dog mess.

One of the weirdest ads - God knows how the concept was ever approved, let alone how a budget was found for it - showed a young man driving dangerously without a seatbelt and almost hitting another vehicle. The message was that although he'd survived this particular piece of recklessness, smoking would kill him. Mini-W1 was understandably mystified by the strong suggestion that driving like a loon was ok, as long as you didn't light up a fag.

Our favourite ad had a 'don't judge a book by its cover' theme. Terrifying hoodies turn out to be goodies - helping granny with her shopping in their spare time. Perhaps we shouldn't be so quick to jump to conclusions? Unfortunately, in the next commercial, a hoodie throws a brick through a car window, sending us into a state of profound confusion.

It's an emotional rollercoaster. And that's before you even see the doctor.

Posted by Phil Woodford at 9:55 AM No comments:

I saw in the Press Association reports of Claire Rayner's death, the agony aunt had informed her family of what she wanted her last words to be: "Tell David Cameron that if he screws up my beloved NHS I'll come back and bloody haunt him."

Noble sentiments that we can only applaud. If she can fit in George Osborne too, we'll all be eternally grateful.

Note the fact, however, that she told her relatives that these were the words she wanted to be remembered as her last ones. In other words, they weren't actually her last words at all.

This is death by press release. Old Claire never lost her chutzpah.

I want it to be known that my last words are a very polished soliloqy from Shakespeare's Hamlet. Not 'Oh f***, that bus is heading right fo....'
Posted by Phil Woodford at 5:18 AM No comments:

Who says the UK economy is still sluggish? My local theatre in Richmond, south-west London has spared no expense in its panto production this year. Sleeping Beauty will star punmeister Tim Vine and the girl who plays Molly Montgomery in Hollyoaks.

Know of an even more star-studded Christmas show? Email me at phil@philwoodford.com and I'll spill the beans. Or should that be beanstalk?
Posted by Phil Woodford at 9:17 AM No comments:

Just listening to a college student on a train travelling into central London. She claims to have an NHS card that entitles her by law to use any toilet on demand. Can such a thing really exist? Presumably she has some medical condition that leads her to get caught short a little more frequently than the average person. She confided to her friend that her pass comes in useful on nights out clubbing.
Posted by Phil Woodford at 5:10 AM 1 comment: 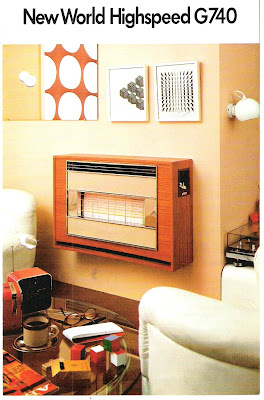 Gotta love the mood shot on the leaflet though, eh? Look at the table in the foreground. The open packet of Benson & Hedges alongside a gold lighter. The chic grey and brown coffee cup. Some strange cuboid radio alarm clock. Over on the right, we see the hi-fi turntable, no doubt connected to speakers producing stereo sound. Is that Gladys Knight & The Pips I can hear?
Posted by Phil Woodford at 3:16 PM 2 comments:

Toast with the most

Props to my Facebook friend Ann Godridge for this one.

An entrepreneur in the States noticed how people love to find images of religious icons in crisps, cream crackers, vegetables and so on. Usually these items attract some brief press coverage before generating a bidding war on internet auction sites.

Now, thanks to Jesus Toasters, we can all have a slice of the action.
Posted by Phil Woodford at 2:38 PM 1 comment:

Lord Young, the former Tory Cabinet Minister, has been put in charge of dismantling Britain's health and safety regulations and the compensation culture that accompanies them. He was quoted in the press today as follows:

"Frankly if I want to do something stupid and break my leg or neck, that's up to me. I don't need a council to tell me not to be an idiot. I can be an idiot all by myself."

You can't argue with that.
Posted by Phil Woodford at 2:28 PM No comments: